Mam Tor. The icon of the Peak District. A place where photographers flock to every weekend to capture a magical rising sun side lighting the infamous Great Ridge. Perhaps even cliché?

Yes, those who know me well know that it’s not very often I will venture onto Mam Tor. It’s not that I think it’s a bad location, in fact, by all accounts its an amazing location but with access of less than 10 minutes, the crowds of photographers and amount of pictures that make it onto social media on a weekly basis, it’s sort of off putting when I feel I have worked the location a lot myself anyway.

However a dumping of snow on the higher ground, with the valleys green below and with my girlfriend wishing to go to get her first decent shots of Mam Tor at sunrise I said I’d happily join her.

I left my girlfriend to go on her own so we didn’t return with similar photos and I set out in the quest of getting something original from the location. Now, being original here is very difficult. Not only is it unlikely somewhere in the area hasn’t seen a tripod foot, it’s also the iconic shots that are popular because they “just work”.

Mam Tor wasn’t as busy as I thought it would be, with probably about 10 people dotted about. I’ve heard of more being there on a weekday. The cold weather must have been keeping people at bay! There were a couple of people at the summit and I wanted to get to the cliff edge, which gives Mam Tor its nickname of “The Shivering Mountain” due to the huge landslip. Trying to be as mindful as possible, I perched myself on the edge out of view for the most part and waited for the sun to rise. As the sun rose, I moved around and worked different compositions and found that this one worked best

The shot was appealing to me with the warm glow on the snow and the dramatic cliff edge making the area look much higher than it is. Then there was the rolling fog on the right looking down to contrasting green valleys. Click to make large.

The Hope Valley is often famed for being filled fog in a morning in the cooler months and is another reason why Mam Tor makes a great photography location. On this occasion however, oddly it was clear while surrounding areas had plenty of fog rolling around. Eventually though, the fog did start to roll in and I grabbed my telephoto lens and concentrated on it rolling across the fields in the distance above Winnats Pass. Surprisingly, when checking the photo for blemishes I spotted the wind farms near Carsingtion Pasture as well the neolithic henge of Minninglow in the distance. I would have never thought there was such a clear view to the far White Peak.

Finally, after meeting back up with my girlfriend we started to head down to the car. However, the fog came in thick above Mam Nick and as it teased me swirling around I couldn’t help but get my camera back out with the telephoto lens to capture the fog dancing around the trees. An image that is completely not me, but one I really like: 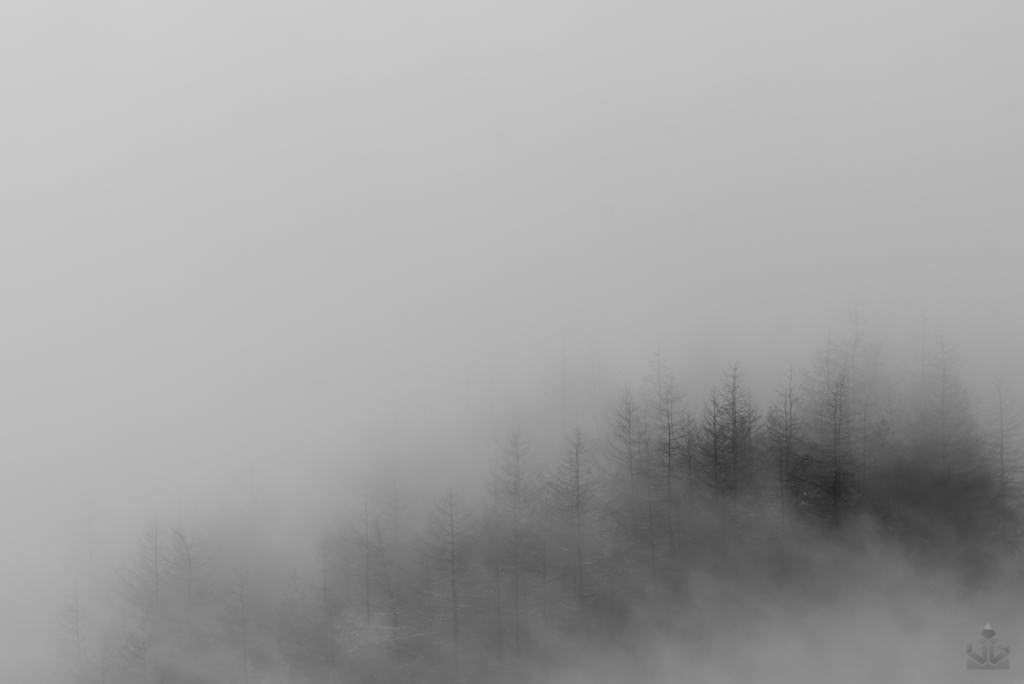 In the end, it was a really good morning to be out, allowing me to capture new and fresh imagery that I’m proud to have in my collection.