There are certain places in the Peak District that draw me and one of those places as most will know is Chrome and Parkouse Hill.

These two small but very shapely hills that nestle in the start of the Dove Valley have a certain characteristic and charm that is quite unique in the Peak District. They’re not that big, but look much more dramatic than their size suggests, they are overlooked by bigger hills and moors such as Axe Edge and High Edge, often making it difficult at the golden hours to catch any light on the hills.

I enjoy walking and photographing the two hills in close proximity to the area but perhaps one of the best places to view them from is high up on High Wheeldon. This hill, about 2 miles away from the main hills is a very large steep sided hill, not too dissimilar to a pyramid. Tackle it from the wrong side and you’ll be ready to collapse when you reach the trig point.

I’d been at this location before in winter and got some results I liked but always felt perhaps I could improve them, mainly because on my last visit the skies were clear and there was no drama in the skies.

I visited the other week and while it initially looked promising, the big fluffy stormy clouds quickly turned into a big bank of cloud blocking out any chance of a sunset. Alas I visited again the week after and at first the conditions were looking great.

I arrived in Flash to meet a friend and there was a lot of cloud around but with amazing breaking light, the conditions looked superb and exactly what I was after. However, driving off and arriving at High Wheeldon it was evident that the skies were clearing once again and I found myself under conditions similar to my first visit.

However, to give a little change there were some paragliders around obviously enjoying the view and appreciating what we were – just in more style! I did keep wishing that they would fly in front of the hills for a classic shot of the ridge with a paraglider going across the frame but when we spoke to them after they said they were trying not to get in our way!

However, I did get one shot where I just managed to squeeze one of them in frame: 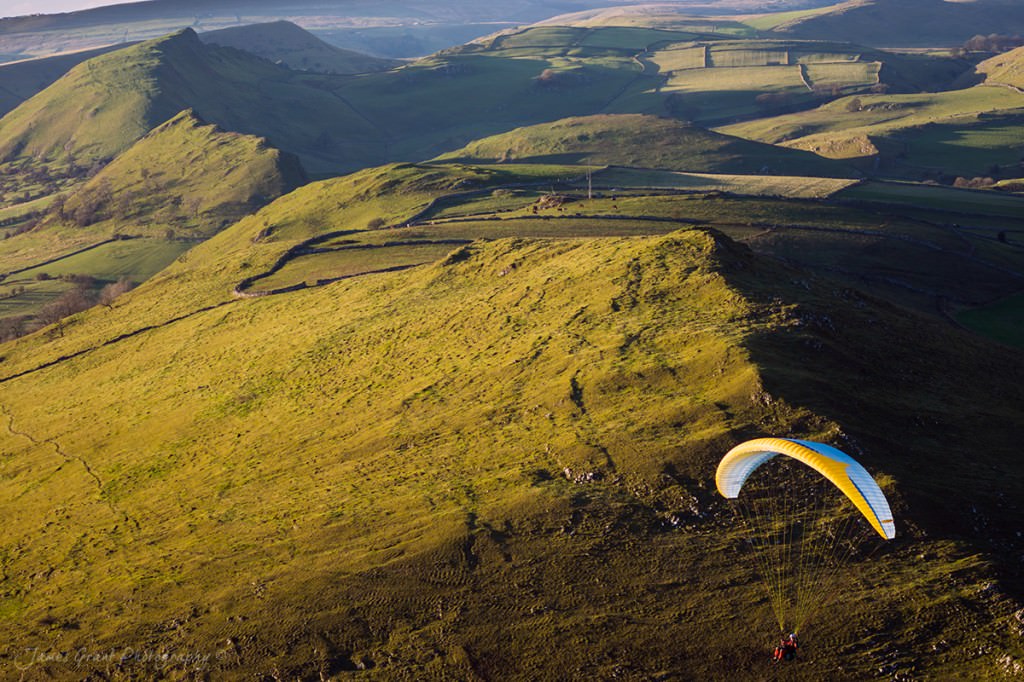 High Wheeldon Sunset – A Paraglider passes across the ridge

This next shot was them flying down the Dove Valley, quite nice to get both of them in frame: 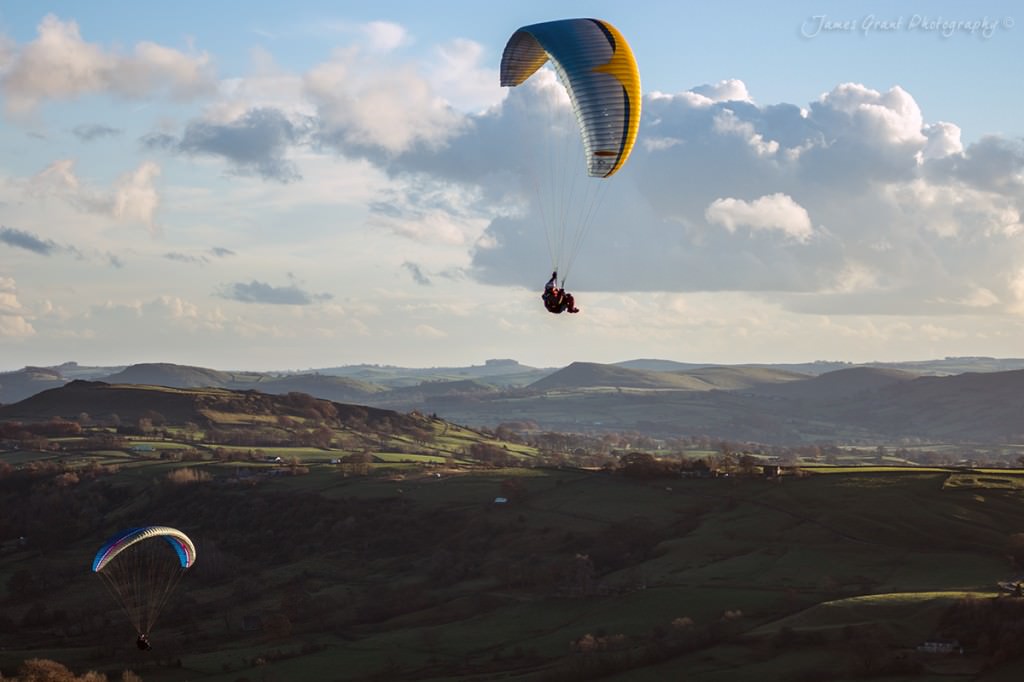 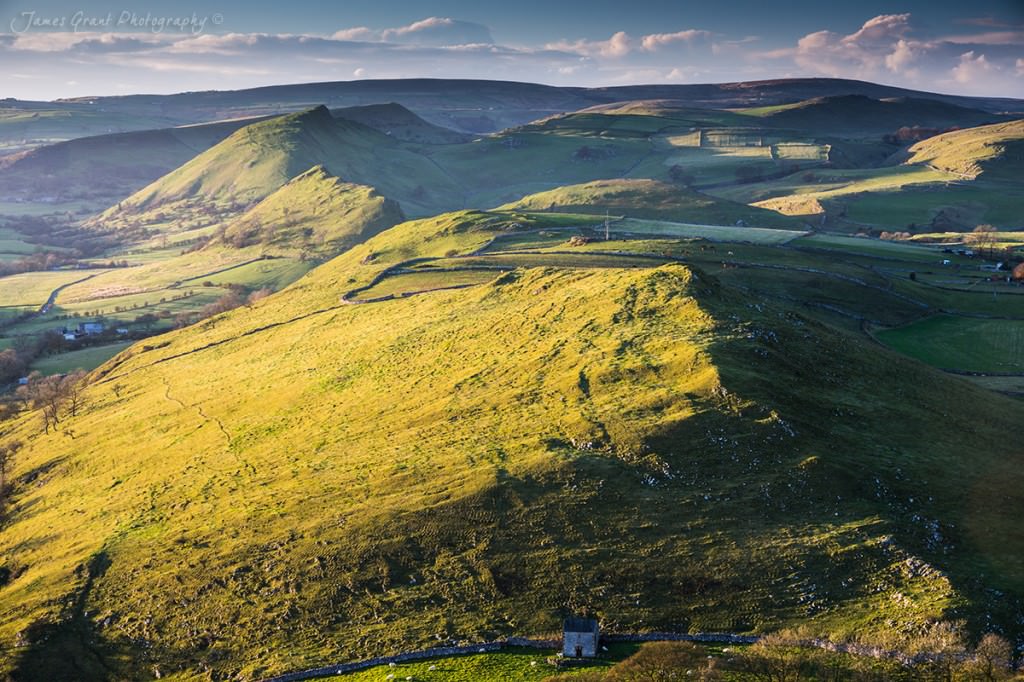 I was still quite pleased with the end results but I think I’ll keep trying to capture a scene under more dramatic skies.