Really last minute decision last Friday to go and do a wild camp up in the Lake District. The weather as we know had been very poor all week, but with the weather looking set to improve over the bank holiday weekend I couldn’t resist going as my plans for the weekend I had previously had fell through. After a suggestion from a friend Andy Beck to go to Fleetwith Pike for a wild camp, this is where I ended up going.

I’m sort of ashamed to say even though it was mainly out of my control for the most part that I hadn’t been to the Lake District for over a year so it was good to return, really good. That said I must admit my fondness of the area had worn off a little as everything seemed so flat and soft compared to the likes of Skye.

I arrived at 4pm in Buttermere after a hellish drive due to bank holiday traffic but still had plenty of time. I made my ascent up Fleetwith Pike, a ridge walk which is fairly steep but this time carrying my Nex and with the terrain much easier than Sgurr Na Stri I found it a pleasant enough walk without feeling like it was trying to kill me. I got to the top at around 5:30pm and had plenty of time to kill.

The views on the way up were amazing throughout, stopping every now and again to take a breather and look at the view over Buttermere and Crummock Water. I hadn’t been up Fleetwith Pike before and loved its sense of grand views and it felt secluded. However I did make the mistake of having a walk at the top and saw Honister Slate Mine and all the old via geila equipment lying around which spoilt a lot of the appeal for me. I’m all for local businesses being needed in the area and even support “blots on the landscape” if it means they provide jobs to the local community…but this just took the magic out of the mountain for me a little.

I walked back to where I had decided I was to camp before and met a lovely couple from Buxton who had decided to camp too. I pitched up and being a nice calm evening and lots of grassy spots I had a rare luxury of pitching where I wanted and was able to pitch my tent with the porch looking out across the grand view. Not a bad place to spend the evening. Here was my pitch as the sun went down: 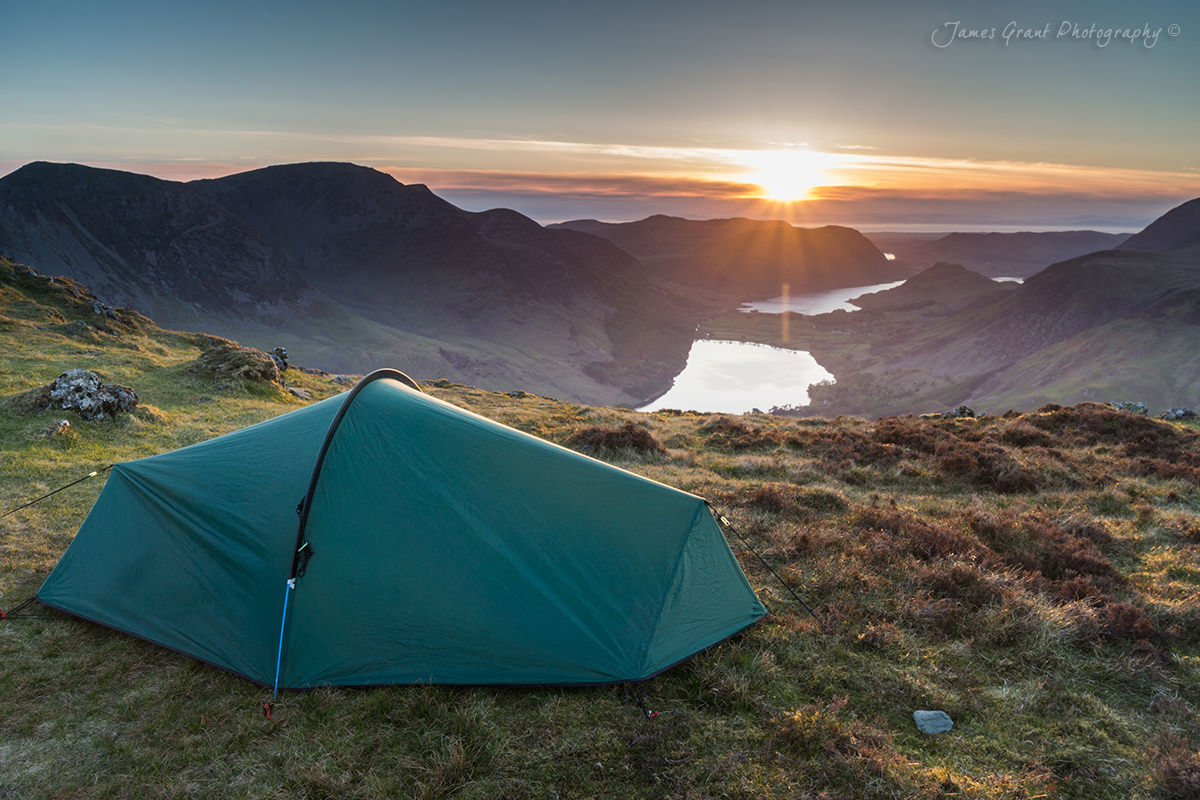 Now it was time to get some proper work done, this is the first pano of the evening (click both pano’s to make them viewable larger):

And the second one:

At this time of year, sunrises become increasingly difficult due to how early they are. Sunrise was at 04:51, but when you are already on location it’s much less of a hardship which is the big advantage of wild camping, this was the image I had really come for looking from Fleetwith Pike over Buttermere and Crummock Water and the High Stile Ridge. Usually I favour golden side lighting, but comparing the two shots this one appealed to me much more with the soft subtle light on the mountains in the distance: 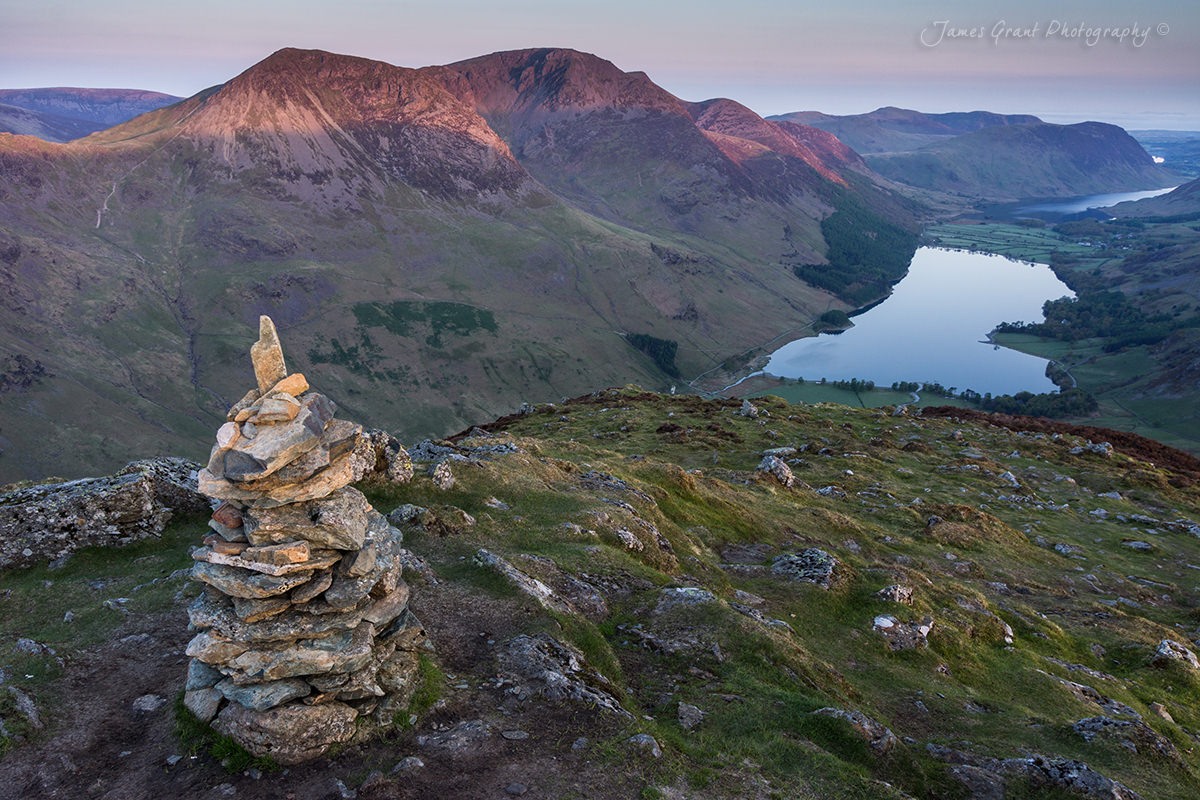 I packed up and was heading downhill by 6am….always the most nervous part of wild camping to see if the car was as I left it. Back at the car for 7am and luckily it was, phew.

Driving to my next location I couldn’t help but stop at Buttermere to shoot the famous pine trees and lake because of how reflective the waters were. I’m a big sucker for reflections, probably because we don’t have much water in the Peaks. It’s certainly not the best image from the area, but you can’t help but shoot something so pretty: 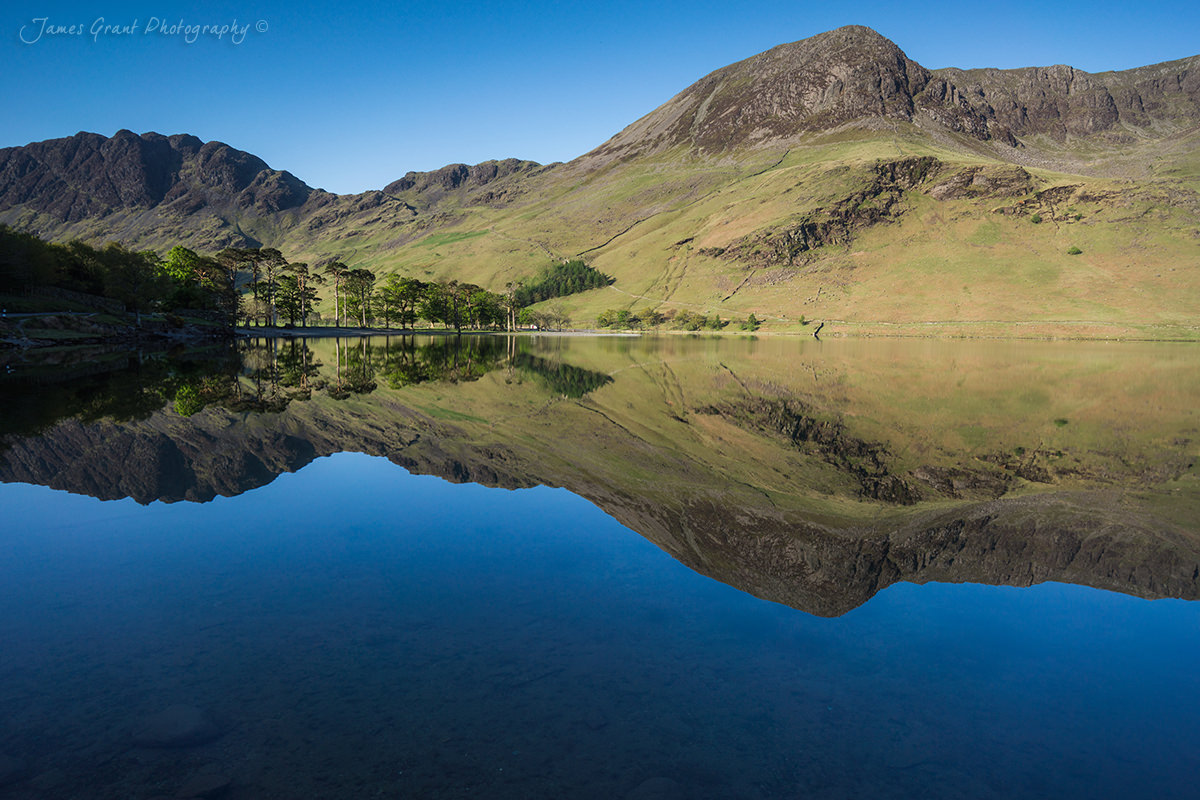 I then headed over to Rannerdale which is near Crummock Water to check out the bluebells. I thought it a must while I was in the area and had chance after seeing so many images of them over the years from other people. I was shooting before 8am and the sun had only just starting to get high enough to light the bluebells but it was already quite harsh and not helped by the fact it was a blue skies day. Perhaps the location is better suited to sunset when there wouldn’t be mountains in the way of the setting sun but I wasn’t to be around so settled for what I could get: 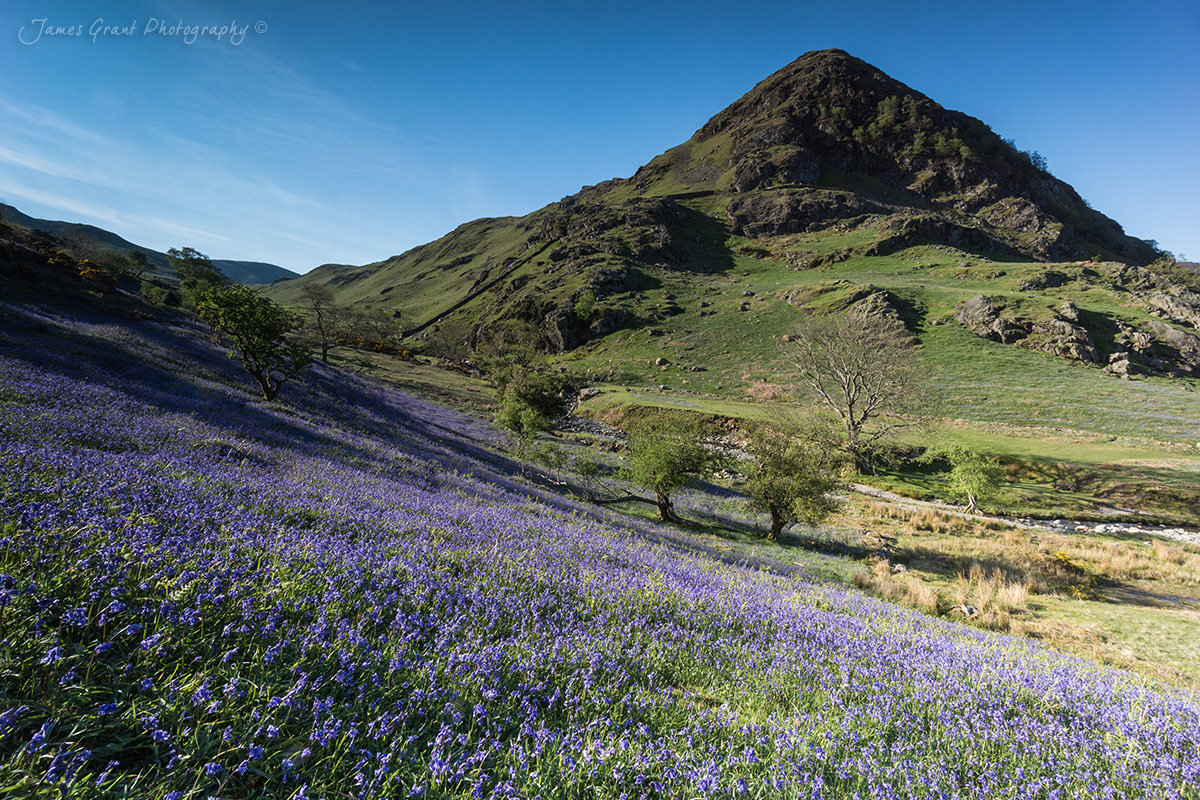 Finally I also thought I’d make the effort to go to Scale Force which is reputed to be the Lake Districts highest single drop waterfall. I hadn’t been here before so thought when in Rome I’d go. By this time it was already starting to get really warm and I was feeling very dehydrated despite taking on plenty of fluid’s. I had also underestimated how far it was to walk to the waterfall. However, it was so worth it and the waterfall is very impressive. My picture doesn’t do it justice, trying to fit a very large waterfall into a very small frame: 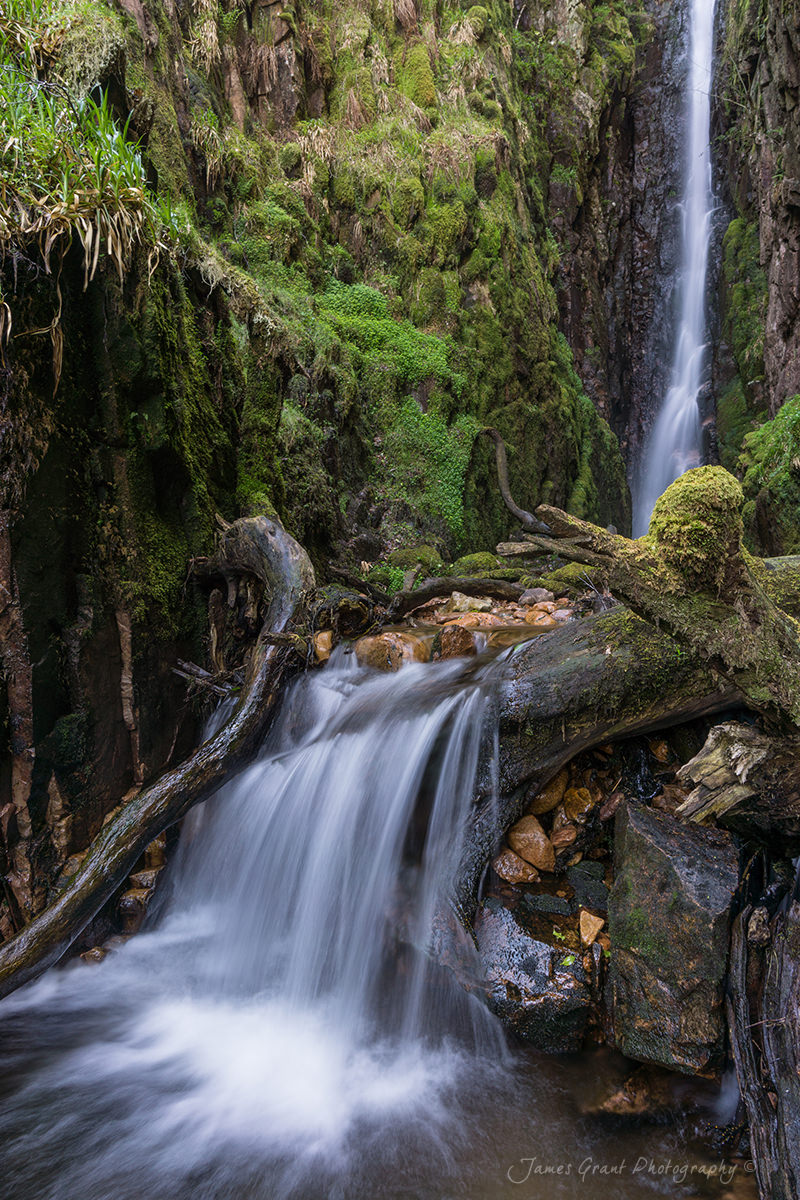 In all it was a nice flying visit and I enjoyed it very much. Strangely, after so long away I’m back this weekend!