Surprise View and a Stone Circle

Back in June I did a couple of days work in the Lake District for Ultimate Outdoors, under JD Sports. The same people who own Blacks Outdoors. The aim of the trip was to capture some Lake District locations, especially in panoramic format to use for their large in store displays and on web. The brief was very late so my plans changed from Southern Lakes to the Keswick area where there were hotels actually free. With this I decided to concentrate on locations I knew well and visited previously such as Surprise View and Castlerigg Stone Circle.

On arriving in the Lakes, it was fairly dull but I took a trip up to Latrigg to capture some images before descending down and heading up Castle Crag for an evening stroll. The good thing about June is the days are at their longest, the bad thing is that means you are out late which makes getting up for sunrise the next day very difficult! I captured some images on Castle Crag and then headed to Surprise View for sunset. It had clouded over a lot and I had resigned myself to capturing a so-so image. I had been here twice before with no luck and thought it would be the third trip wasted too. I’ve seen countless shots taken here, but not many in panoramic format so I really wanted to get something different. Luck was on my side though, choosing to stay out regardless (I was getting paid after all) rather than going down for much tempting grub paid off. Just as the sun was dropping to go behind Cat Bells, a small gap opened up in the cloud and as the moments passed, the stronger the light got to reveal some of the best light I saw this. year. The clouds were fantastic and everything just worked out to produce the below:

It was time to return down from Surprise View and stuff my face, late at night and get ready for the next day. A late sunset always means the next morning when its a 4am rise, you don’t want to and can’t walk a great distance. I decided to go to Castlerigg Stone Circle, a location I knew well and is one of the most recognisable to most. I thought it would look good on some store walls. Panoramics would be tricky, I did want to go to Derwent Water but knew the sun was in the wrong place. Again, fortunately I was blessed with the conditions with a very dramatic sky and some great light: 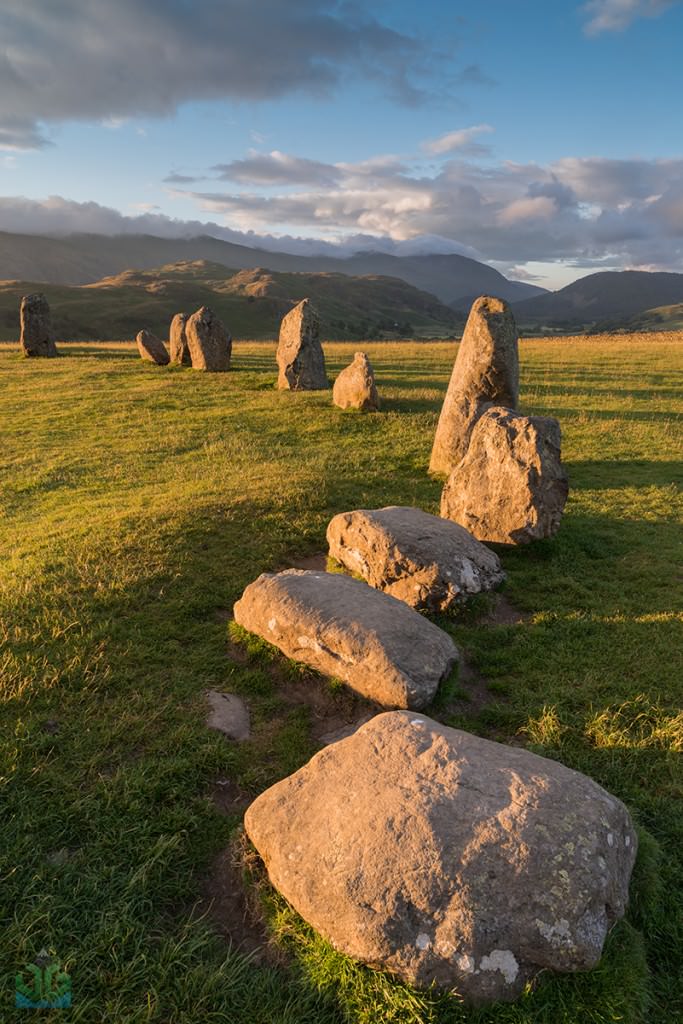 I was completely shattered after this but was feeling thankful that the weather had played ball, much unlike my last ccommissionwith JD Sports in Pendle where it absolutely hammered it down. Despite the tiredness I headed down to Derwent Water to capture some scenes once the sun had got a little higher. I captured a lot but was quite fond of the one below of the boats on the landing stage. A very famous scene, usually captured in golden light with a normal format ratio. So hopefully you appreciate something a little different: