Aldermans Hill lies in the far North Peak in the Saddleworth Area. The hill is a prominent feature of the area, rising proudly above the Holmfirth Road and while a steep and short ascent it is probably the easiest hill to get up in the area.

I’ve visited before and got some shots, but I’ve also wanted a shot of Aldermans Hill looking up Yeoman Hey Reservoir with a coating of frost for some time. I tried last year and got nothing but snow and cloud instead. However, this year I managed to get out on a promising morning. It was an icy and cold drive over, but upon arriving it was great to feel the cold hard crunch of the grass underneath my feet as I made my ascent. Arriving at the summit in plenty of time it was nice to be able to relax and take in the views of what is in my opinion one of the most dramatic areas of the Peak District.

Eventually the sun rose catching the distant hill and luckily just happened to strike just the one foreground rock in front of me that had the most frost on it. Spending a good part of the morning out just exploring the area in the cold fresh winter air was great but I think the bacon, sausage in egg cob in Holmfirth was perhaps a little better! 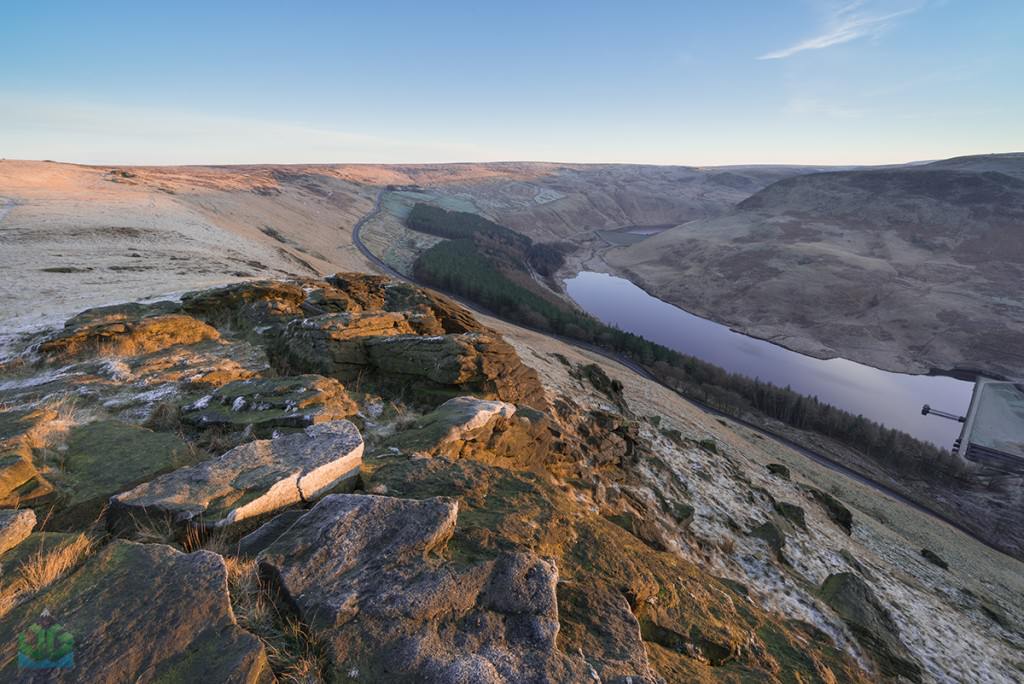