Some images from a while back on a trip out to the local to me, Bow Wood near Cromford. I initially went to shoot the bluebells there, which were absolutely fantastic. A lot in open area on the hillside as well as thick in the woods. Unfortunately, as my first trip there I didn’t know what to expect and it turned out to be a sunrise location so I didn’t shoot any. To be honest, it was intended as a reccy as well, the day had been miserable. I set off from Cromford Wharf and along the Cromford Canal under overcast skies, however I could see the sun was trying to break through.

On arrival at Bow Wood, which is across from High Peak Junction it was starting to look more promising and I headed up through the woods. Initially wondering what the fuss was about until I came out into the clearing which was quite hidden and rolling hills stretched out with carpets of bluebells. I headed past these and through the woods with even more carpets, before heading up the hillside. I could see the light was getting really good at this point and when topping out I reached a little hillside overlooking Cromford over towards Black Rocks with glorious birch trees in their early stages of colour. It was great.

In truth, it didn’t look like much photographic potential. Not much to compose against and no dramatic drop off an edge which is usually my style. However, I was there, I couldn’t go anywhere else in time and the light was just sublime so I thought I’d give it a go anyway and it taught me you need to try anyway and was glad to have the camera on me at the ready. I was actually really pleased with the resulting shots in the end. The fact that I haven’t seen any other shots from here also makes it that little bit nicer.

You can see more about Bow Wood here 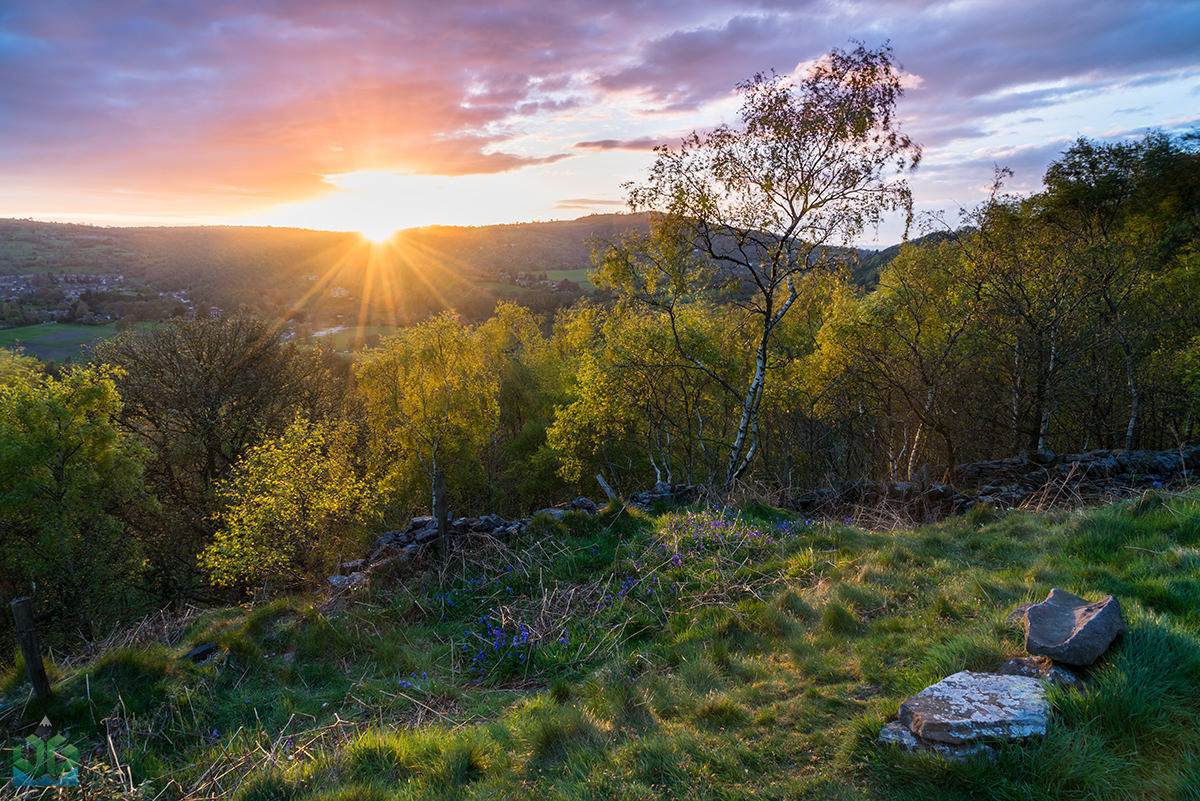 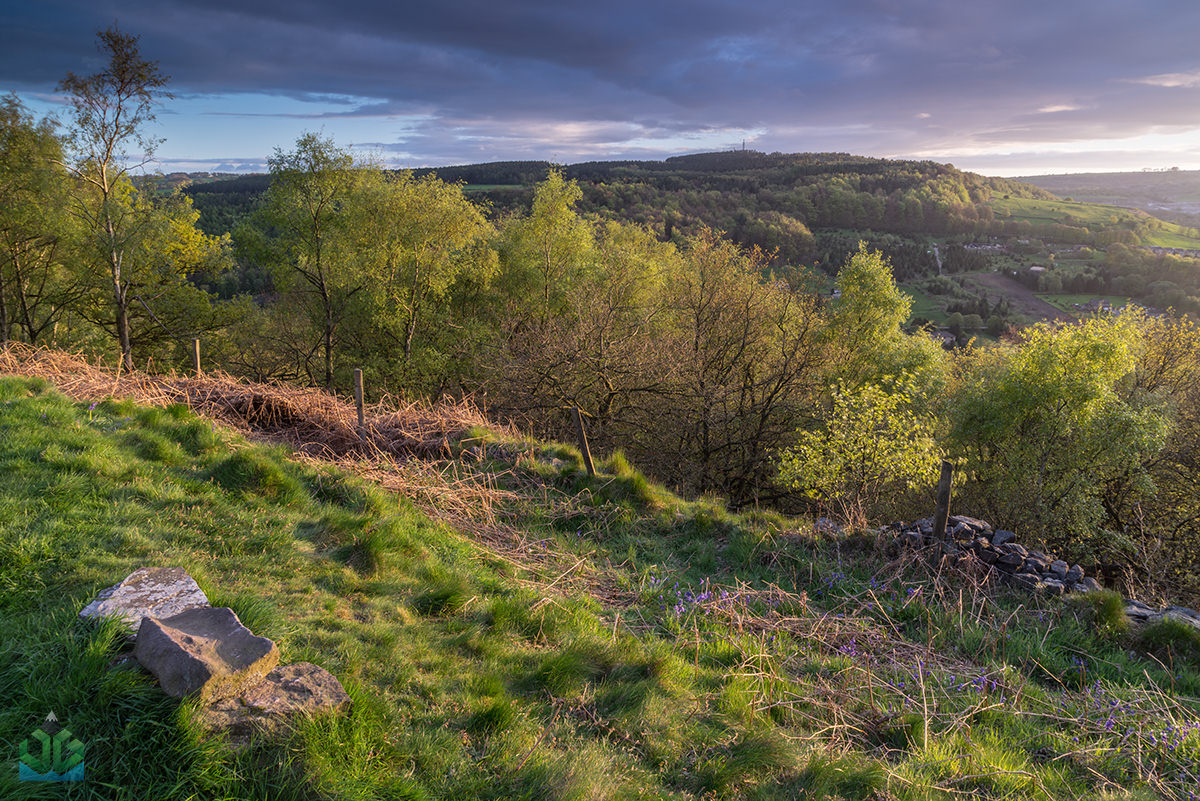