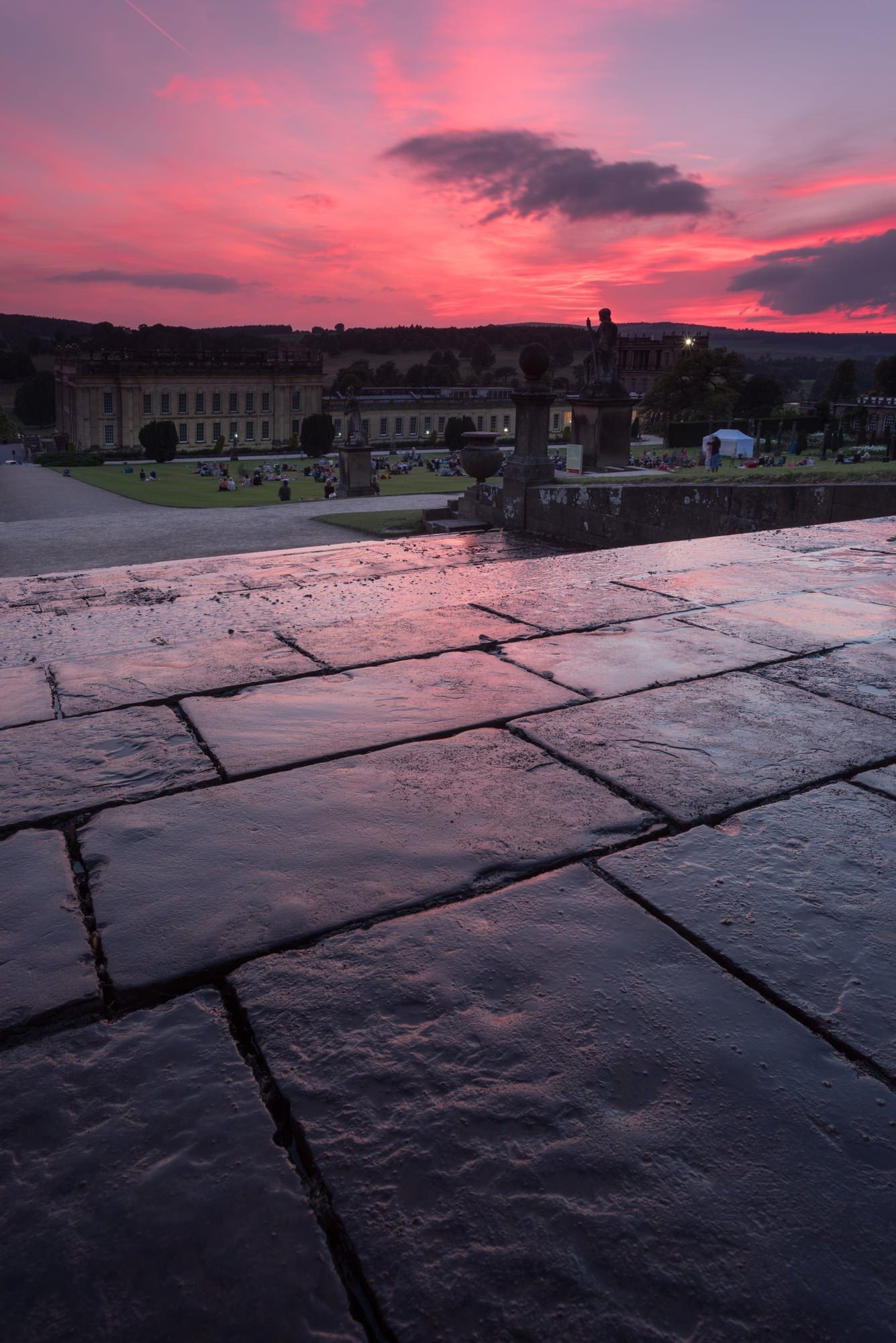 Chatsworth House is regarded as the most popular stately home in the whole of the UK. I’m fortunate to live within 15 minutes of its front doors. Of course (with permission from the house) it would have been rude to not include Chatsworth House in my forthcoming book, A Guide to Photographing the Peak District. Over the last year I have been visiting Chatsworth House to capture it through the seasons and the ones featured here are from this summer.

The first images come from Visit Peak District’s Garden Party at Chatsworth House. The gardens were opened up for the evening to have a picnic, listen to some music and have a firework display. It was a great opportunity to capture something different. The gardens are usually shut early. In summer they are shut before the sun even sets. One thing that was apparent though, was that the fireworks would be launched during the sunset which made for interesting shooting as I had never done it before. I chose to shoot from “The Cascade” to capture some reflections of that setting sun as well as capturing the fireworks. It was a great opportunity to capture two different shots.