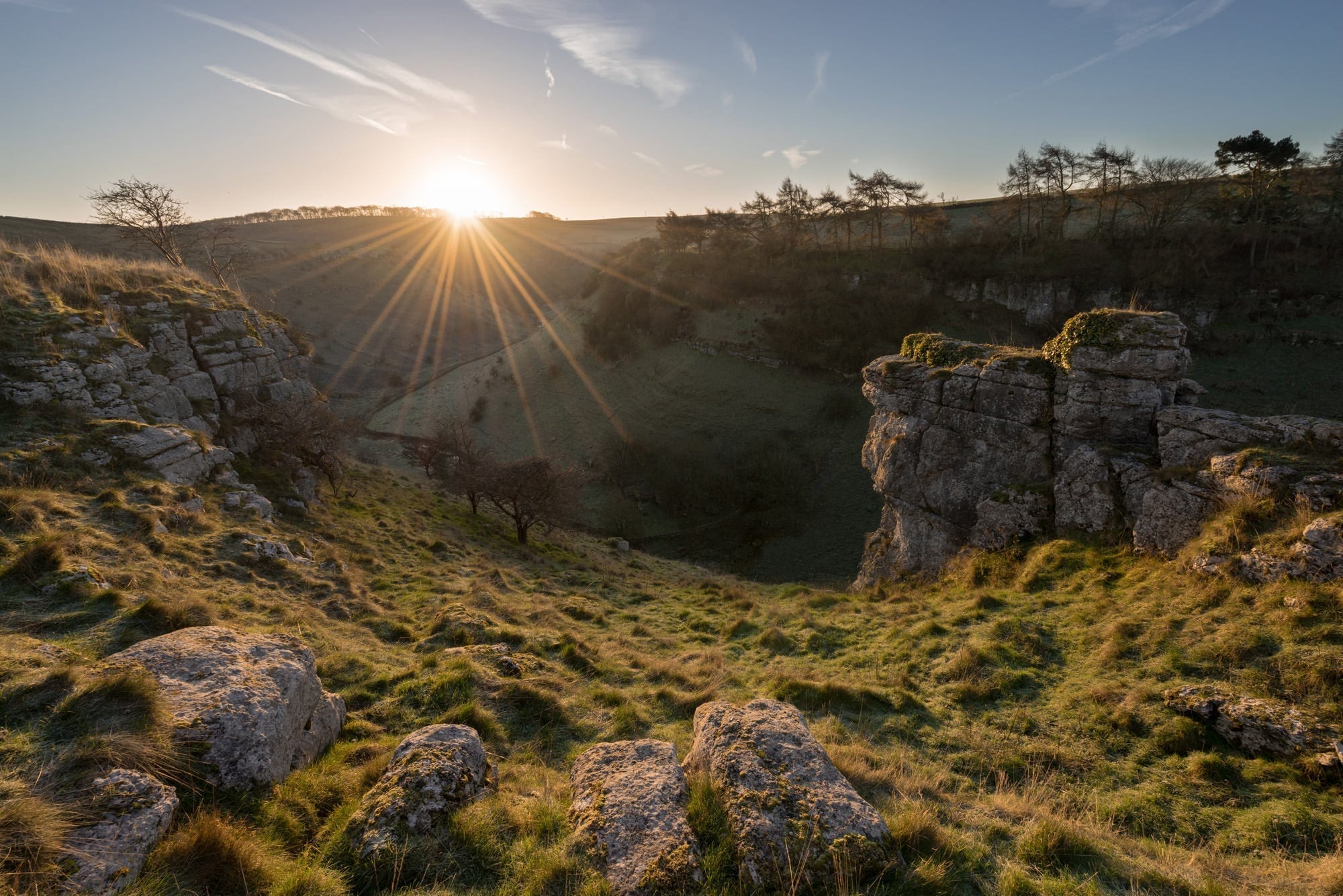 I’m at the point in my Peak District Photography career where I feel I have visited most places in the Peak. There’s the odd place I need to visit but for the most part it’s all become familiar. At times, that’s a challenge as I find it hard at times to visit a spot twice, lacking creative enthusiasm to create something new but at the same time it can be a challenge I choose to relish and try and excel what I had previously captured. It’s obviously not always possible, if the light isn’t right for example you aren’t going to come back with anything. So, I decided to revisit Parsons Tor in Lathkill Dale.

Lathkill Dale perhaps gets very overlooked, it can be easy to see why at times but at 6 miles long running through woodland, classic limestone dales and having variety of waterfalls, crystal clear rivers and  lofty views there’s definitely a lot of potential.

Parsons Tor is a fantastic limestone pinnacle and viewpoint over Lathkill Dale near Bakewell. On a very cold and frosty morning I decided to head there for sunrise. Parking near Monyash, at the head of the dale I took the 20 minute walk to my viewpoint.

Upon arriving, I realised I was early and took a seat and waited. I waited some more, realising I had underestimated the hill in front of me and how much it would delay the sun breaking. In the end, it was 30 minutes later than expected but it eventually got high enough to strike the limestone of Parsons Tor. I found this composition which I felt framed the valley well, with the rocks in tge foreground pointing out. The only thing, there wasn’t as much frost at this spot than in the dale itself which was a shame.

In the end though, I was happy to return with a different image to before. I’m not sure it’s any better, but it shows a different season and mood so I’m glad to have it in my collection.