I went down to the Malverns the first time at the end of November. Not lying in a national park and no hills of significant height they really weren’t on my radar. I had passed them a few times on the M5 when down in that area and thought they looked interesting and seen a few nice pictures so always quite fancied going but truth be told, when it’s a fair trek it’s always much easier to get somewhere else for the same kind of fuel money.

However, I was sent down for the weekend on commission and it really was a true test of making the most of the conditions within a given time frame. The forecast was for heavy rain on Saturday and sunny intervals on Sunday with high risk of floods. Saturday didn’t disappoint and sure enough it was a very grey and damp day but not to worry I did a walk of the area, got some good reccy in and got some pictures of the closer up details.

Saturday night was heavy rain with the roads starting to flood outside, the forecast was for the rain to carry on until 09:-00 the next morning with no chance of a sunrise so I set the alarm early but booked breakfast which I’d have happily missed for a picture had the forecast had been even a little more promising.

Woke up Sunday morning, clear skies and a fantastic sunrise (Damn!) but there wasn’t much I could do so I headed out, had a good walk exploring most of the Malverns which sort of reminded me of a cross between the Great Ridge in the Peak District and a mini Skiddaw in the Lake District with fantastic views from the top which fall away rapidly to the Worcestershire plain below. The walking is fairly easy, with properly tarmacked paths (an area popular with cyclists) and even plenty of benches and bins along the way (i’m not used to this!). The sunset didn’t transpire, so my image of the shoot is the one below which was taken around 11am as the low angled winter sun breaks through some stormy clouds casting fantastic lighting across North Hill. I did enjoy the area and wouldn’t mind going back for sure. 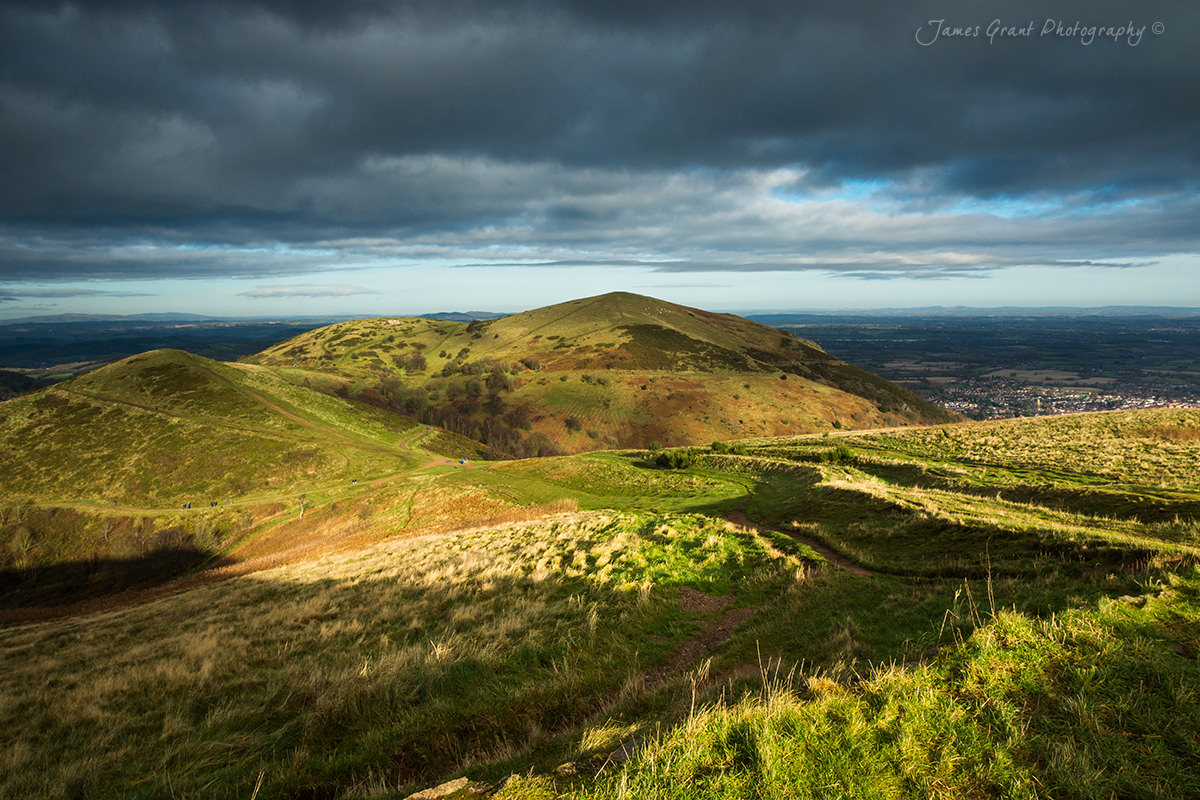 The Malvern Hills Under Stormy Light