Arbor Low is a neolithic stone circle located near Monyash in the Peak District. A couple of months back I revisited this location for sunset. It was looking promising and I was just down the road in Buxton so made a quick dash for it. Not only did I want to capture the stone circle I also wanted to capture Gib Hill Barrow, a large burial mound on the same site.

Upon arrival, I duly paid my money into the honesty box for the car parking (with a quick thank you from the eager land owners!) and headed off to the hill barrow to try and capture a scene of it.  The hill barrow is thought to be of neolithic age with early bronze age on one side. It was used as a burial chamber.

Being April, there were lots of lambs around which I really wanted to try and include in the image. They were bouncing around like nothing could bother them except well, me! I tried to be discrete and wanted to get an image with them in to add interest and also wanted to get some stormy skies in, but they were soon clearing. Anyway, here is the resulting image: 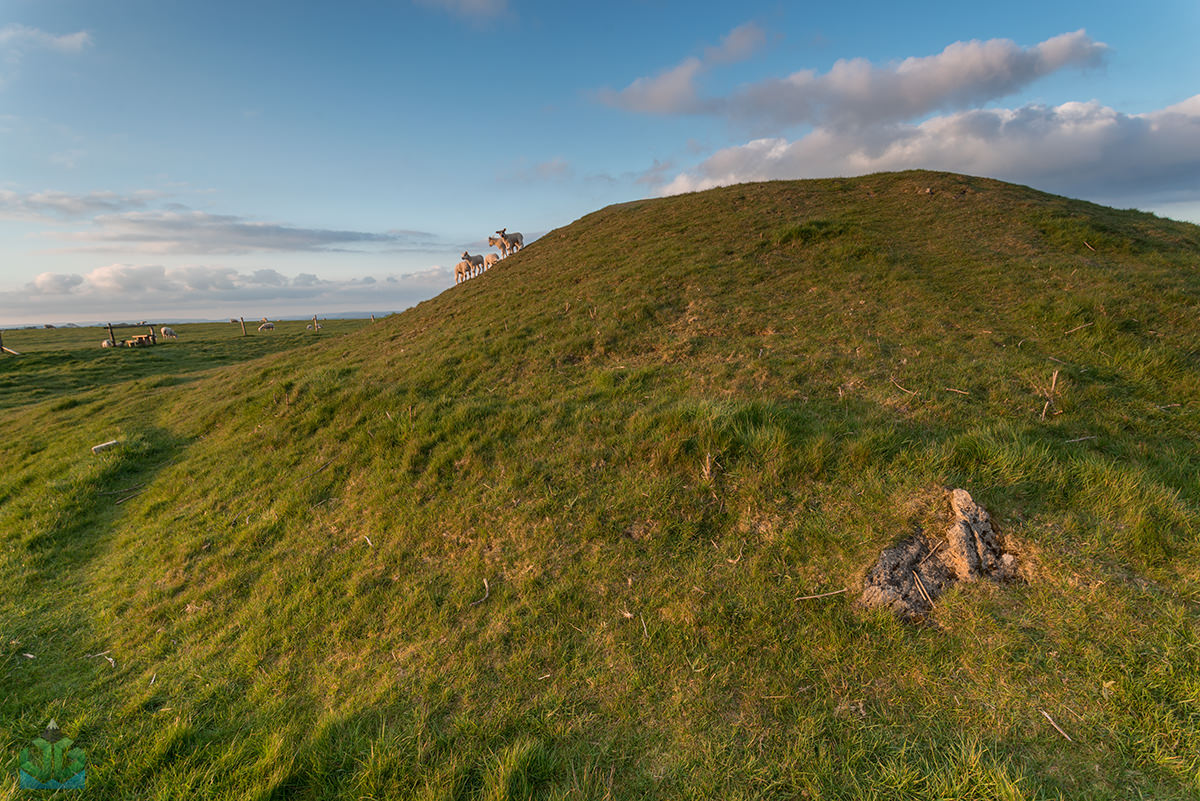 Next is for Arbor Low itself, Arbor Low is a neolithic stone circle, with large stones that are lay down rather than standing. I spent some time trying to get various different images including panoramics from above the stone circle, tried and trusted compositions etc etc.  I sometimes struggle to revisit a location and find a new composition and end up falling back into what I did before but this time I was please to come up with something new. I tend to find with stone circles, more often than not you’re better off composing with just select stones rather than the whole circle. On this evening the bright light of the sunset was lighting the remaining clouds up and catching the wet stones as well, so actually for once the conditions were very nice to be out in: 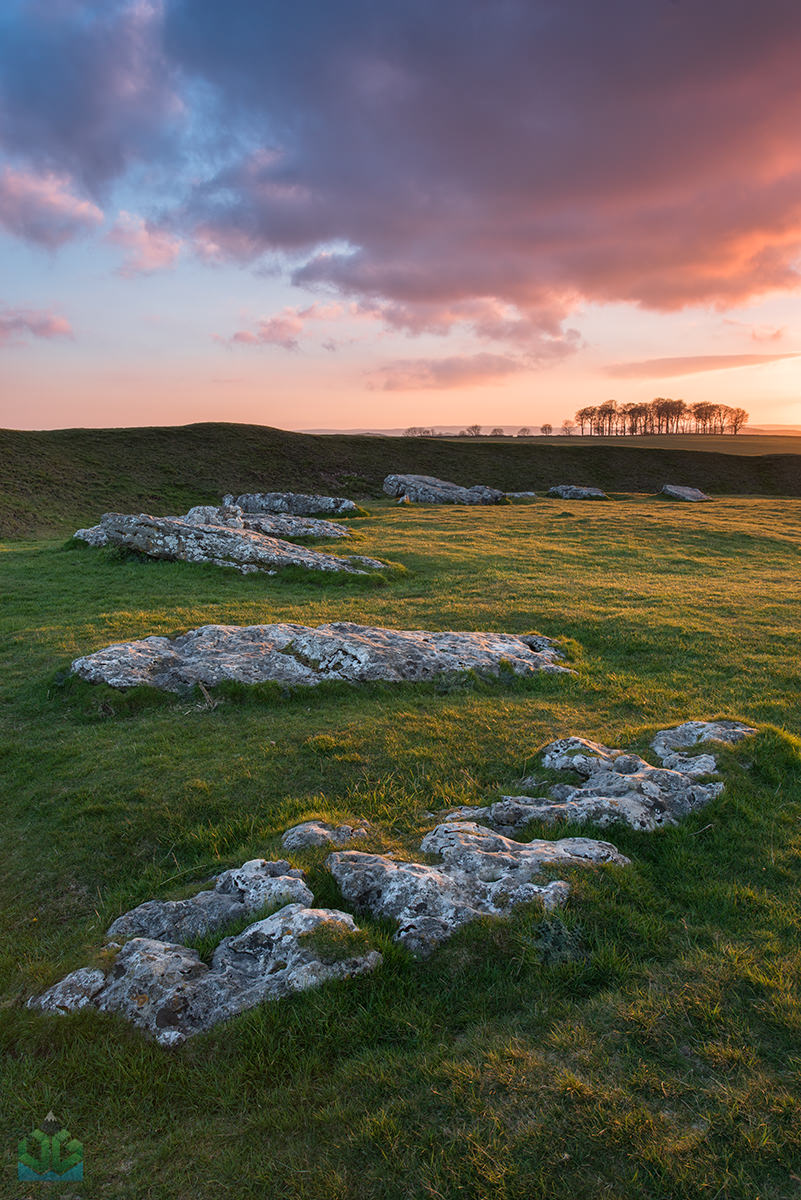 You can view more about Arbor Low here