Just off the A54 on the way to Congleton there is a lovely little barn with a beautiful view of Shutlingsloe locally known as the Matterhorn of Cheshire. It is located just outside of the hamlet of Wildboarclough and a couple of weeks ago I decided to try and capture the barn at sunrise.

I woke up and it was a cool crisp clear skies morning, so much so it took me a long time to de-ice the car with what seemed like layers of ice forming over the car during the night. I had a bad feeling about the roads at this point and I set off from Matlock cautiously, by Darley Dale though the roads had become clear and seemed like Matlock was the coldest part. Perhaps I got a little too complacent because after descending the hill on the A6 after Taddington I tapped the brakes to slow for a corner and ended up having the back end out 3 times,  nearly colliding with the bridge or ending up in the river. Luckily quick reactions saved me and fortunately nothing was coming on the other side of the road. As you would expect, I became very nervous by this point and took a lot more care for the rest of the journey. It was apparent Buxton was suffering just as much as Matlock and in parts half the roads were white over. You would have thought they hadn’t been gritted.

The skies had been clear the whole journey, but as I got to the Cat and Fiddle there was low rolling clag clinging to the hills. I arrived and parked up, slipping and sliding even in my shoes all over the road and made my way to location. I had to cross some boggy sections to get there, but I wanted to get up close and personal. I had set out for a view of the barn with Shutlingsloe as a backdrop beyond but had noticed that a thin layer of cloud had devloped high up and was starting to take on colour.

Fortunately, this was a location where I could shoot in any direction so I shot the opposite way to that I intended and low and behold the sky put on a very impressive display of sky fire contrasting against the frosty foreground: 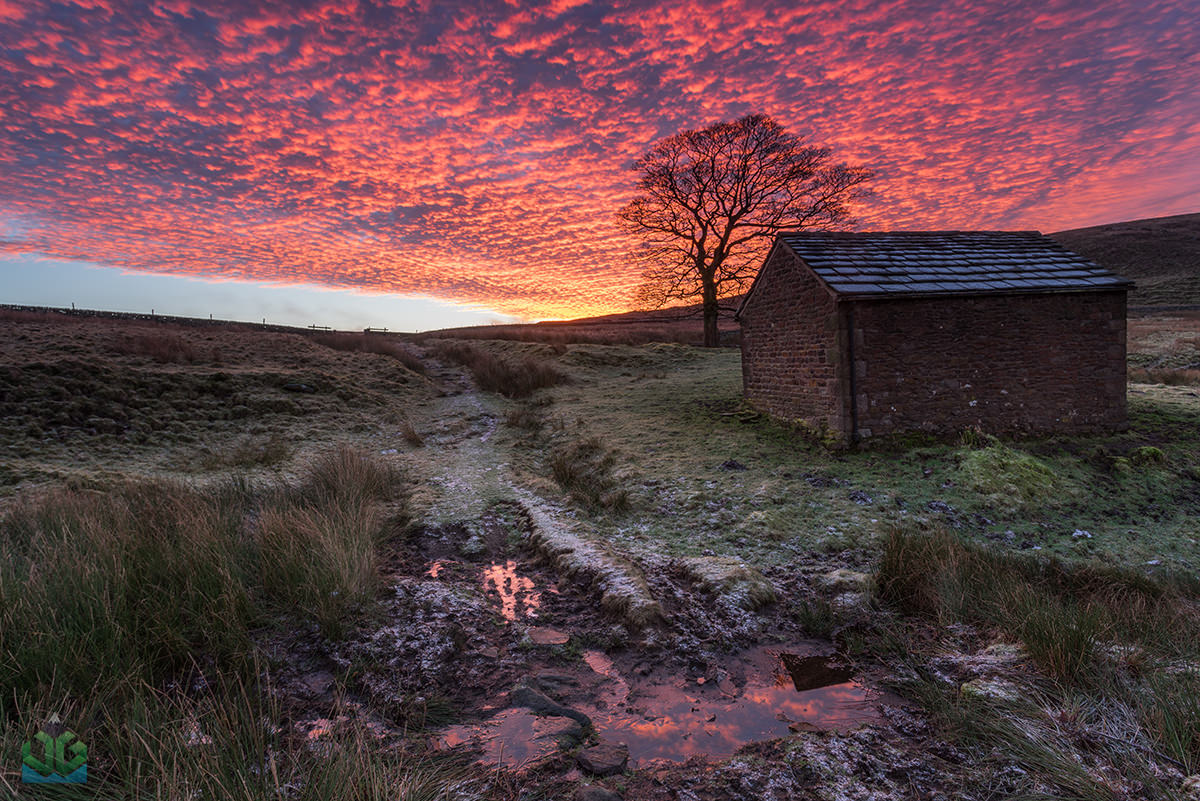 Next I moved on, navigating a big ditch and jumped across to the next field to catch some of the emerging light. I had to snap this quickly as it almost vanished before it started but I really liked the snippet of light in the distance along with the rolling clouds and heavy frost: 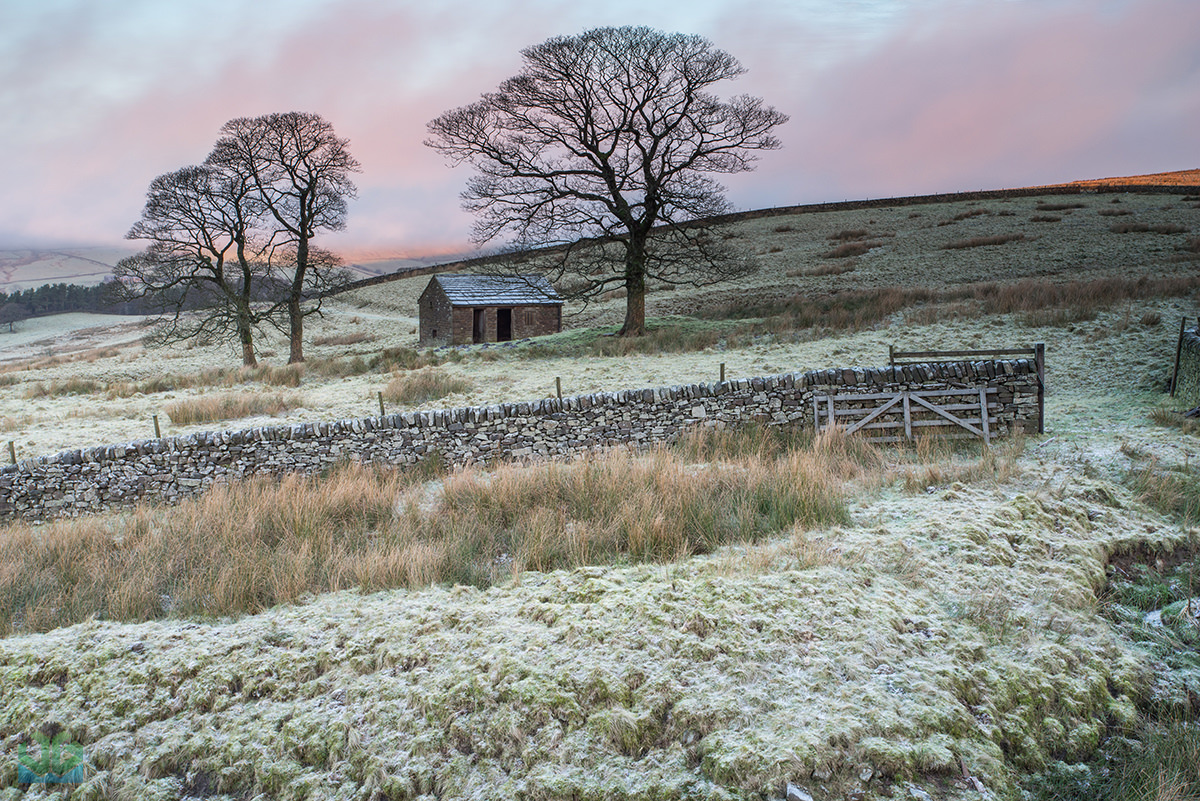 I waited around for some time for the clouds to clear and reveal Shutlingsloe, this was the image I had initially set out to capture but I much prefer the other two. Funny how things work out sometimes despite prior planning:

It was a good job I didn’t crash on my way over, I would have been very annoyed watching my car get towed away into the fiery skies of that morning!

You can find more about the local area at http://www.wildboarclough.co.uk/