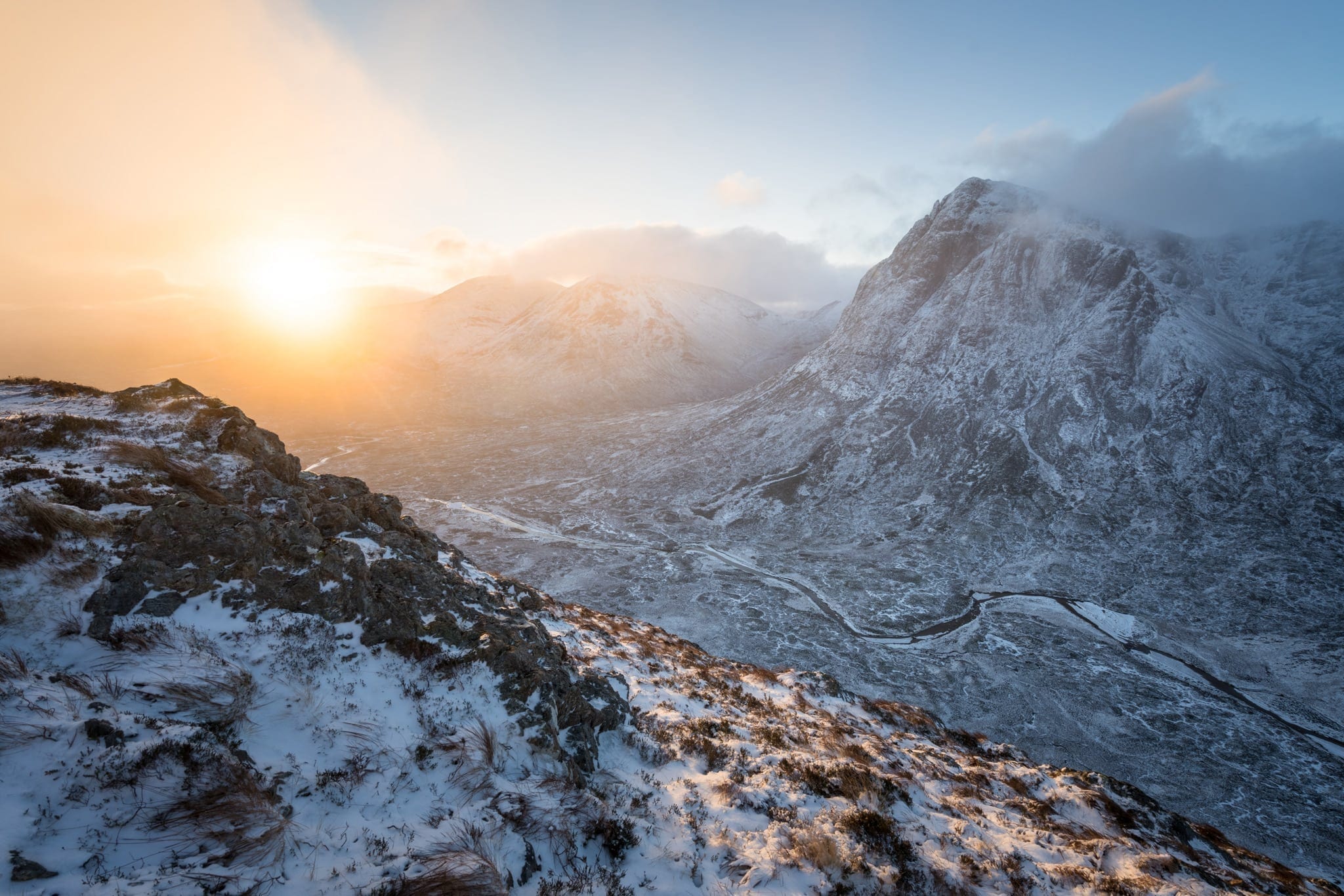 Beinn a’ Chrulaiste, a mountain I have been trying to capture for a few years now.

I originally stumbled on the mountain about 4 years ago or so, I think from a walking routes website. I was looking for good mountains in the area with great views and Beinn a’ Chrulaiste came up as a good recommendation. A little more Googling and searching around showed that it offered amazing views over towards Buachaille Etive Mor, more affectionately known as The Buckle. The Buckle is a familiar mountain for all that visit Glencoe, the pyramid mountain rises up sharply and is very distinctive. The view of the Buckle from Beinn a’ Chrulaiste is from a slightly different angle but it is one of them locations where the mountain you’re on may not be majestic, but the views are. Almost like it’s better looking at a castle from a small house, rather than being in a castle looking at a small house. Forgive the bad analogy!

My first attempt at the mountain was in February 2014, I had gone up with my girlfriend for our first wild camp as a couple. It was to be a challenging night. We set the tent up in blizzards and zero visibility and even had to build a snow wall to protect the tent from the wind. It was a long night, especially with early sunsets and late sunrises. There was to be no sunrise and no light until around 10am on our descent.

We went up again last New Years Day (2017). The Christmas period had been disappointing, 13c at night and no snow, just constant rain. A change in the weather on New Years Day with a cold snap saw a dusting of snow and clear skies, perfect! Up we went, just for the cloud to roll in just before sunrise! Damn! We did actually carry on up to the summit and got some nice shots later in the day but it still wasn’t 100% what I was after.

So, cue our last trip, again over Christmas. Our plan was to visit the Torridon area with a stopover in Glencoe to break up the drive. We actually ended up staying an extra day due to the better weather forecast in the area and I am glad we did. We stopped near Altnafeadh in our campervan and got up bright and early again to clear skies. This time there was more snow but it almost felt it could be a repeat of the previous year. Cloud was building to the East where the sun would rise.

Alas, we headed up anyway. The walk takes roughly 45 minutes to 1 hour to the main viewpoint on Stob Beinn a’ Chrulaiste and upon arrival I was in doubt whether it would happen. I waited patiently and tried to keep warm. Clouds would roll in, it would snow, it would clear and it would repeat. Finally the sun rose much later than expected but cast some of that much desired light I had wished for and was especially nice with a cloud floating in front of the sun to add some atmosphere: 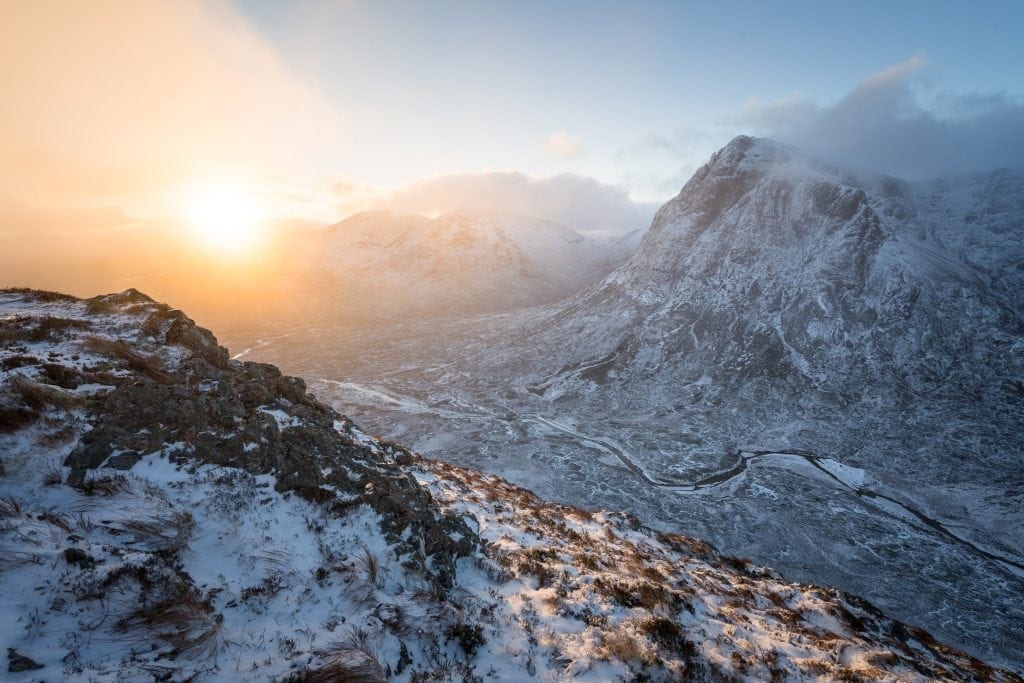 My next shot was using a tried and tested composition from last year. Still making the most of the light, I composed using the sun on the left as a bookend and the trees near Altnafeadh on the right as the other bookend. I had to move further out and down the hill to ensure I wouldn’t cut the A82 road off. It worked out really well:

I waited around after this in case things changed or got even more magical but I was happy as it was. I made the steady walk down, using microspikes to steady myself on the really icy sections and got back to the campervan for a nice warm brew!

Thanks for looking and reading. Here is a link to the walk I first found on Google all them years ago.